With 5G around the corner, our data needs will grow exponentially. Learn how devices can find savings in their display with Azumo Front Light Panel.

With 5G coming it’s time to think low power in components like your display.

The display on your device is still the most power-hungry component, and it no longer has to be now that reflective LCDs have improved. With 5G around the corner, our data needs will grow exponentially as the world shifts to smarter and IoT-capable devices. The arrival of 5G is expected to offer speeds that are an order of magnitude faster than current 4G Long Term Evolution (4G LTE) technology. That means we’re not talking incremental change that will allow you to slowly evolve your device; it means the time to make a big change is now if you want to get ahead of it. 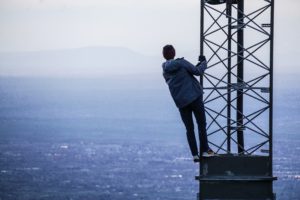 What are the needs?

Many IoT devices will not need more than a 4G LTE connection, but more and more industries are finding a use for the high speed, high capacity, low latency connections of 5G. Wearable devices and delivery systems can only benefit from more data transmission. Autonomous vehicles will demand massive amounts of data transmission to make it to the market. And what about the consumer market? As of 2016, video and music accounted for 40% of the peak download traffic for mobile access and it takes an average of 2kWh to download 1 GB of data over the cellular network.

Even with the gradual increase in efficiency for devices — generally, a 15% increase per year — devices will need more power to account for the increased network capacity. Much like a highway, the addition of lanes doesn’t necessarily decrease traffic. More often than not, traffic remains constant or increases as more people find a reason to drive. 5G will likely present the same problem.

Power storage will not keep up with the new network capabilities. The speeds of 5G may be up to twenty times current mobile data speeds. There’s a concern that energy consumption would rise in a similar pattern, perhaps not as drastically.

So device designers and engineers will need to look at solutions outside of larger, more efficient batteries. With a  Azumo Front Light Panel, devices can find savings in their display. Without a backlight, devices can see power savings of up to 90%.

For medical and industrial uses, that difference in power could mean more uptime for devices and delivery systems or the ability to last longer while out in the field. For consumers, a reflective LCD with an Azumo FLP could mean 5G devices that last longer than their 4G LTE counterparts, despite the need for more power.

Decoding Displays: All the Acronyms You Need to Know

Picking the right display for your device impacts everything from your power budget to the end user’s experience. In our latest blog, we cover all the different display types and acronyms you need to know to help you make the best choice.

Decoding Displays: All the Acronyms You Need to Know

Backlit LCDs are no longer the best display tech available for use in any lighting conditions. Here’s how traditional LCD tech compares to LCD 2.0 from Azumo.